By CoachDumphool321
7/31/2021 3:26 pm
Really could stand improvement. My team keeps bouncing up and down for no particular reason.

I assume the ranking is some amalgam of trade score, strength of fielded team, and recent results, but I have argued for mainly using recent results and point differentials.

Using a team's trade score as starting point at the beginning of the season is not a bad idea, but my suggestion would then be for a system which uses a moving window of a team's last 10 scores (with a weight of 10 for the most recent result and a weight of 1 for the 10th result). Under such a system, after 10 weeks both the initial trade scores and player experience levels completely drop out of the calculation, from which point on only the last 10 results and strength of schedule of teams played would factor in.

The large swings in rankings under the present system from one game to the next doesn't seem as though it would accurately reflects a team's present strength which is only going to change a tiny amount from game to game as young players gain experience, older players age and fade, and injuries which can be significant but are temporary and transitional.
Last edited at 7/31/2021 9:25 pm
Liked by Mitch4742 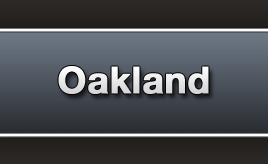 By Mitch4742
8/03/2021 7:51 pm
The power rankings have always been whacked it seems like. Never could quite figure out what they are going off of..lol

By CoachDumphool321
8/04/2021 6:39 am
Mitch4742 wrote:
The power rankings have always been whacked it seems like. Never could quite figure out what they are going off of..lol

Though I don't know what the exact formulas are I have figured out some of the factors. One is player experience, which is valid. When you cut a bunch of older players with a lot of experience, even if the younger players are better and have more potential, your power ranking goes down.

Another factors in trade scores, which are directly related to default ratings, which we all know, if you have any experience, the default ratings are whacked. They simply don't factor speed/strength/acceleration to the degree they need to be weighted to be accurate.

There also seems to be some feedback/reevaluation factor which, when the ranking system suddenly realizes that a team which a team played previously was evaluated vastly inaccurately, suddenly reevaluates that team being much stronger, and then a huge number of teams suddenly go up or down in the rankings all at once.

You know the ranking system is way off when you're entering the sixteenth week of the season and and half a dozen teams are still jumping up and down ten spots. Based on what? One game result?

While injuries or midseason trades/acquisitions can cause a team's potential to go up or down, by the half way point in the season that should all settle down and the rankings change very little, if the system was going to be at all accurate.

Even if you sit a few players for a couple games to rest up for the playoffs, say, your teams ranking will go down because the team you fielded was weaker. That shouldn't make any difference in a team's ranking/power unless the benching was due to significant injuries.
Liked by Mitch4742